There’s nothing like suffering to squeeze you like a tube of toothpaste, revealing what’s truly inside. As I reflect on the 12 weeks between the first scan (Aug. 25) and the second (Nov. 14), I see a lot of the hidden gunk of my heart surfacing as well as a general dismantling of my hope.

While a diagnosis of incurable cancer for the one you love most may seem to be a reasonable excuse for many ugly things–bitterness, anger, fear, jealousy–it doesn’t change the fact that all these responses are a poison to the soul, as insidious as the cancer that prompted them. Each of these poisons has infected my heart to some degree throughout this experience. I find myself jealously longing for the normalcy and happiness I see in others’ lives (thank you, False Reality Facebook), simultaneously resenting their joy. I’ve seen my selfishness in all its heinous glory–resenting how much more responsibility I have when Chris isn’t feeling well, resenting what this cancer has cost me.  It’s painful to write and to share, honestly. But it’s true, and the foul truth doesn’t stop there.

For weeks since this cancer story began, Chris’s diagnosis, cholangio carcinoma, would slide through my mind or subconscious in the night and wake me up feeling like a knife had been stabbed into the base of my skull. In the daytime, those words would sneak up on me and land a heavyweight punch in my gut. Always, they left me in a cloud of dark, toxic despair. I felt helpless. And yet, I never questioned their presence because they were, simply, the reality of the diagnosis. I figured I must learn how to make my peace with them. After all, our oncologist had essentially suggested this after our first good scan in August. I’d thought that the doctors even thought that the experimental treatment Chris was getting had the potential to completely get rid of his cancer. But then our oncologist essentially told us that no matter what treatment Chris got, his was a “chronic, incurable” cancer. This was devastating. Hence, the continuation of the sucker punches and night attacks.

But then one night, in my sleep, when those words were viciously whispered again, I heard myself say simply, yet strongly, “No! Jesus Christ!!” Instantly, the venom was neutralized, I felt strong instead of crippled by despair, and all was quiet. I went back to sleep. It’s never happened again, night or day.

The next morning, I had to think about this. It was a weird experience for me. I’ve never thought of Chris’s cancer as some sort of evil, demonic, spiritual force. We live in a broken world, and no one is immune to its ills. However, what I realized is that I had allowed his diagnosis to become a powerful slave master that had absolute authority over my heart and spirit. I suppose in my heart I believed that cancer had the last word, even though I’d never have said so. However, after experiencing God’s Spirit in me rebuking that whisper, I know now for certain, that no matter the diagnosis, Jesus Christ is Lord of all, and that He always has the last word. Even cancer has to bend its knee and get permission.

Obviously, this truth raises the big question of why God allows so much suffering, including cancer. But that is a topic for another time. Today, it is enough for me to know that Jesus is in charge and that he is good. His great power has been the antidote I’ve needed for the fear and despair that was wreaking havoc in my heart and allowed a new hope to form–one rooted in Jesus rather than a medical house of cards.

A few weeks later, God further refined my understanding of hope. Chris and I have watched a handful of movies featuring courageous heroes facing impossible situations–Braveheart, Shawshank Redemption, and The Lord of the Rings trilogy among them. While watching The Lord of the Rings, I was struck by a profound contrast: while under siege and vastly outnumbered at Helm’s Deep, with countless orcs swarming over the hillside, a young boy asks Aragorn (a valiant leader and warrior) if it’s true that they  will all be dead by morning, as many within their camp believe. Aragorn looks him in the eye and says with great confidence, “There is always hope.” And of course, help comes unexpectedly and they are saved. 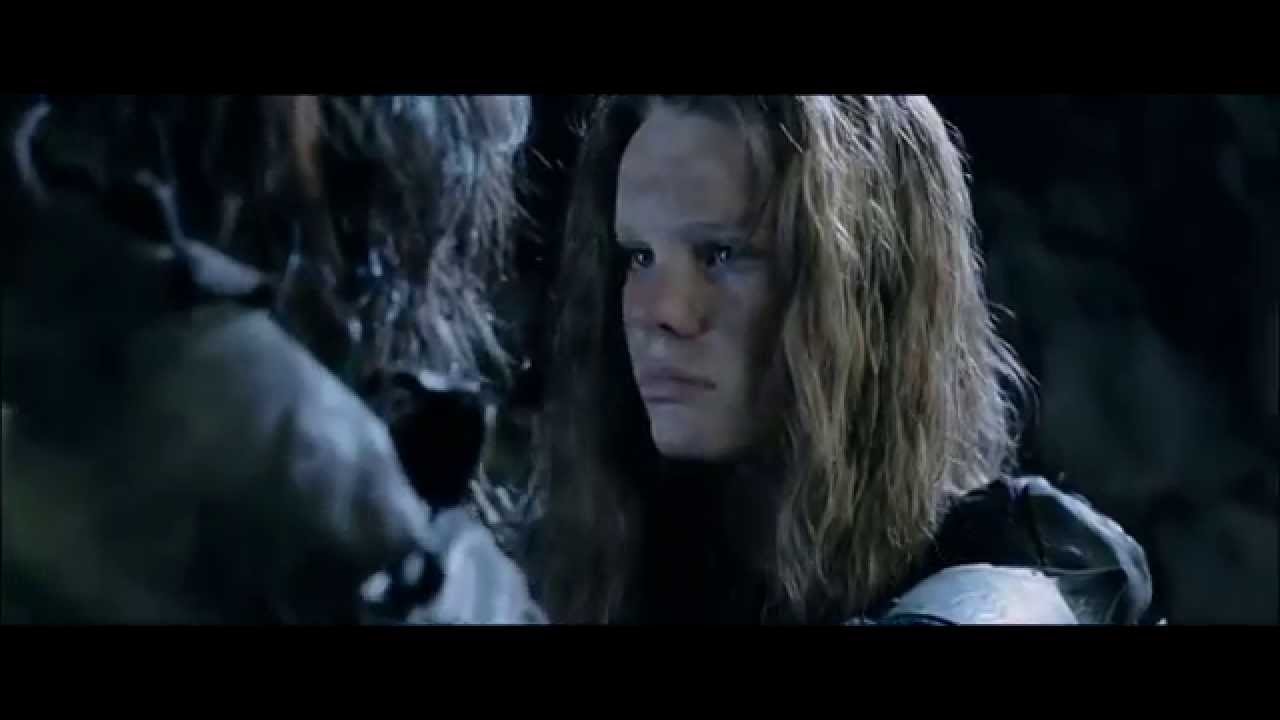 “There is always hope!”

Facing the same enemy, another leader, Denethor, listens to whispers and rumors of the enemy’s great might and chooses despair and defeat before the battle even begins. Ultimately, he commits suicide but later his city is saved and restored to its original glory. The question before me has been, will you choose to believe that there is always hope because Jesus is Lord, or will you choose the way of despair that can lead only to death?

It’s impossible to recount all the little transactions in an ordinary day when hope is refined and rebuilt. I’m washing dishes and a heavy sigh fills my heart. Deep breath. Choose to believe there is always hope. An unexpected side effect or symptom appears and despair tugs. No, Jesus is Lord. And over and over it goes, as God gives graces when I linger in the fear, and little by little he cuts away the disease in my heart and reconstructs it with something stronger and lasting.

If those 12 weeks were about hope, I feel these next 12 weeks are about rest. Come unto me all you who are weary and burdened, and I will give you rest  (Matthew 11:28). The holidays are so often the least restful time of year, and this season of life most definitely does not lend itself naturally to a restful soul. It’s a perfect time then to learn how to find my rest in Jesus’ power and love.

After Chris’s last scan (click here to read Chris’s update on that), we were happy that the scan showed continued healing in the bones, no spreading, and tumors in the liver that still appeared dead and had even shrunk a little. After we pressed him a bit, our oncologist did say that these results were “remarkable” and “beyond the textbook.” He did not, however, give us any reason to believe we had hope for anything beyond continued treatment of a chronic disease. A few days later, we met with our genomic oncologist, and like a backstage theater hand, he pulled a cord and the entire backdrop of our lives changed. “With further outside-the-box treatment, we may be able to eradicate this cancer once and for all.” Wait. WHAT?!!

Present at this appointment was also the oncology pharmacist (the cancer drug chemistry wizard) and the nurse practitioner. All three of them were smiling and expressing their amazement at how well Chris has responded to the treatment so far. Essentially, the best hope of traditional treatment is usually to keep the body stable as long as possible. In Chris’s case, the treatment has not only completely stopped the spread and allowed the bones to heal, it seems to have “walled off” the original tumor sites. In fact, it’s possible the treatment has already eradicated the cancer, but it’s not possible to know without looking at the tumors in a petri dish. As a result, Chris may be able to undergo a specific type of radiation or surgery to get rid of it entirely. The doctors would like Chris to have one more good blood test and scan (end of Jan/beginning of Feb) before taking action, but they seemed optimistic, and Chris has become the talk of the medical professionals at Avera. We are humbled, grateful and hopeful.

In the meantime, we’ll be doing our best to research the options and persevere in prayer that God continues to make the treatment effective so that we hear another good report. Chris will also continue treatment, though at a modified dosage and frequency. We’re still learning how to wait–in both hope and rest.

It feels incredible to hear words of hope from medical professionals, and we’re daily aware of and grateful for the unwavering hope Jesus is. Lord, help me to rest in the waiting even when it’s tempting to second-guess or doubt. You are our greatest hope!

Lead me in your truth and teach me, for you are the God of my salvation; for you I wait all the day long.

Pippa’s Colorado Nana and Papa when they came to visit earlier this month: